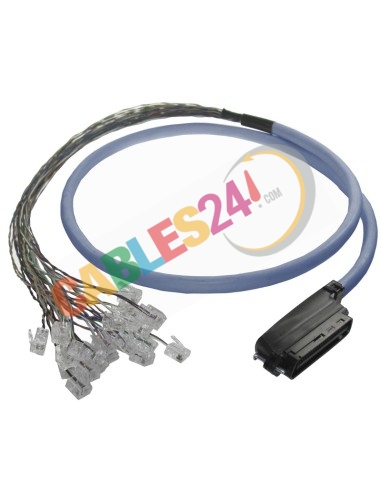 RJ21 is a registered standard RJ family, works with a modular connector can be used up to 50 drivers, is usually used to implement a connection of 25 lines (or less) as it is used in the model of phone system called 1A2 key.

RJ-45 is a physical interface commonly used to connect computer networks with structured cabling (categories 4, 5, 5e, 6 and 6a). It has eight pins or electrical connections, which are normally used as ends of twisted pair (UTP).

It is part of the Federal Code of Regulations United States.

It is commonly used standards such as TIA / EIA-568-B, which defines the layout of the pins (pinout) or wiring pinout.

A common application is their use in Ethernet network cables where they usually four pairs (eight pins) used. Other applications include completions of telephones (two pairs), for example in France and Germany, and other network services such as ISDN, T1 and even RS-232.